Because fish can change their habits at night, it takes a little more skill to fish after dark. After the sun goes down fish rely on their solar senses. This means they count on their nerve endings to pick up on vibrations in the water. These vibrations can be moving bait and the wiggling of artificial lures.

So yes, you can fish for and catch sunfish (panfish) at night. This includes bluegill, redear sunfish, rock bass, yellow perch, small bass, and small catfish. Predator fish can not see as well in the dark, and some are not active at night, so the above panfish (sunfish) will bite if presented with an enticing bait.

If you can find a dock with fixed lighting, that would be optimal. If there is not one close then grab yourself a floating light. These are specifically designed for nighttime crappie fishing. Work your jig from just outside of the light range towards the inside of the glow. The light will attract small bugs and baitfish, which will bring out the sunfish. You may even catch larger ones than you would during the daytime.

For the rest of the article we are going to focus more on the bluegill, but everything we talk about will work on any type of sunfish. Bluegill are the most popular sunfish, also referred to as panfish. They are the most talked about and fished for. Bluegill respond best to small slow-moving bait. Worms, shrimp, minnows, and tadpoles. Believe it or not you can also use corn, bread balls, cheese, or cornmeal.

It is debatable whether bluegill bite at night. Some anglers say they do not because they are so active during the day. Despite many variables that have to take place, other fisherman say that they do bite at night. Since bluegill are a popular food source for predatory fish, they prefer to and try to stay hidden at night. But if they feel safe, the bait is appealing enough, and it is close enough to them they will feed. They will not come out into the open.

Minnows, active insects, and freshwater shrimp is the preferred diet for bluegill, and other species of sunfish, at night. Midges, moths, and mosquitoes are over populated after dark and will attract bluegill. Minnows and shiners will school up, to avoid being eaten. They are attracted to the insects on the surface of the water.

Walleye and catfish come alive at night and bluegill are one of their prey. So, you can understand why they prefer to hide at night. Bluegill are normally hunkered down in a group near dams and tree limbs. Sometimes they hang out around lily pads, waiting for the sun to rise.

Anglers have suggested that bluegill are more prone to feed at night, in the summer season. When the days get to their hottest temperatures, more of them will try to feed at night because they are trying to avoid the hot sun during the day.

There is no sure-fire way to catch any species of fish at night. It is trial and error, and sometimes just pure luck. Here are 10 tips that may help you in catching sunfish/bluegill at night.

Live bait: with bluegill it is the preferred option. Because of the predatory fish, as stated above, they will not venture out to chase a lure. You have to place the live bait as close as you can to the safe haven. *Berkley PowerBait (paste) is almost as effective as live bait.*

Fish tight to cover: docks, logs, vegetation, and dams are where you will most likely find bluegill at night. You are going to hav to find a way to get as close as you can to that cover if you want to have any chance of catching sunfish at night.

Be patient: even during the day, patience is a good tip, but more-so at night. Sometimes it can take a few hours and some luck, just to catch 1 or 2 bluegill. If the bait is exceptional and close, it may make it a little easier.

Artificial light: as mentioned earlier, light will attract the insects and other bugs that fish feed on, which inturn attracts the sunfish (or other fish) that you are fishing for. Again, floating crappie lights, dock lights, or even boat lights will lure in baitfish. For bluegill, cast our line right outside of the range of light. That is where they will hang out.

Dont fish after 10 p.m.: Bluegill seem to be more active after sunset for a few short hours. But after about 10 at night, you will need to pack it in or fish for a completely different species of fish.

PIck the hottest day: bluegill will be more active after sunset, until dark, on the hottest days. They will be more likely to wait until it cools off a bit to come out and feed. But will not feed for more than a couple hours, because then some predatory fish become very active.

Burley or attractant: toss cornmeal in at night to attract bait fish and lure out the sunfish. You can also create a burley. This is where you chop up some bait (chum) and randomly throw it overboard to attract the bait fish. But be mindful, without a constant stream fish will lose the trail and then it is not effective.

Seek water without predators: if this is even possible; try to find areas with only bass and pike. These predators are inactive at night, making it easier to lure bluegill a little further out of hiding. Less danger is more attractive to the bluegill.

Dont skip deep water: yes, bluegill are deeper during the hottest part of the day but they can also hide in deeper water at night. Behind boulders or other structures.

Calm nights: no wind, and calm waters are more likely to produce bluegill/sunfish after dark.

During sunset and a couple hours before is the optimum time for bluegill. The bluegill are beginning to cool down, the insects are becoming more active, and the direct rays of the sun are diminishing. The bluegill do not like the bright sun so they will stay hidden in the shade (under docks) or deeper in the water. *Sunrise is the best time to catch them as well. Before it gets too warm out, they will be feeding. IF you can find a nice shady spot, then you will have great catching at anytime during the day*

As we know, bluegill are part of the sunfish family and they are also referred to as panfish. A lot of anglers believe that bluegill are present for their value & as forage fish for bass and pike. Some even believe that without bluegill a lake can not produce trophy sized largemouth bass, as bluegill/sunfish are their main prey.

Bluegill are a vital food source for many predatory fish. An average adult bluegill is about 6-8 inches long and can get up to as big as 2 pounds. If you are looking to catch large bluegill, your best option is minnows. Even though bluegill are not very big, they can be fairly aggressive towards other fish.

With a little extra luck, and changing up the bait and presentation, you can catch many species of fish at night. Some later than others. Sunfish are best tried a couple of hours before sunset, and an hour or so after and then they are going to go into hiding. There are many species of sunfish (panfish) that this article applies to, but we chose to focus on the most popular bluegill.

If you find shade on sunny days, you will have a better chance of catching bluegill, during the day and especially at night you will need to fish close to the cover that bluegills choose. Docks can be a goldmine, as bluegill can hang out underneath in the shade during the day and use it for cover after sunset. Make sure you go light. You do not need a lot of equipment to fish for bluegill. A lightweight spinning or spincast rod/reel combo is perfect.

You are never too old to use a bobber. Sunfish (panfish) have small mouths and usually bite at the bait lightly, a bobber is extremely handy to detect these bites no matter what age you are. Also because of their small mouths, it is recommended that you use small hooks when fishing for sunfish/bluegill. This will also, almost always, guarantee that you will not tear the fish up when removing the hook. Most importantly, use live bait!! 1-2 inch minnows, mealworm, wax worms, night crawlers, red worms, grasshoppers, and crickets are just a few of the live bait choices. Sweet corn and small bread balls will work well too.

Adding a small split shot to your hook will get you to 2-3 feet off of the bottom, which is the prime spot for sunfish/bluegill. This also keeps smaller fish from snagging your bait before a sunfish can see it. So, with the fishing season fastly approaching it is time to get all of our equipment rounded up and ready to go. Bluegill are a great sport fish for any age, so make sure you take the kids out and form some great outdoor memories. They will have a blast catching bluegill after bluegill and you can get some great video and pictures of the pure joy and excitement on their faces. Until next time, Happy Fishing! Best Places To Fish In Wyoming What Do Sunfish Eat In Ponds?

Sunfish have many different species, the most popular being the bluegill. They live in streams, lakes, and ponds. Some sunfish are better suited for ponds (and small… What Size Hooks To Use For Sunfish? (The Quick Answer)

Here are some size 8 hooks that should be just right for sunfish. When buying fishing hooks you need to remember that they are referred to by… Are Sunfish Good For Ponds?

Sunfish; they are a family of freshwater fish. Sunfish are not an actual species of fish, but an entire group of fish that are found all over… 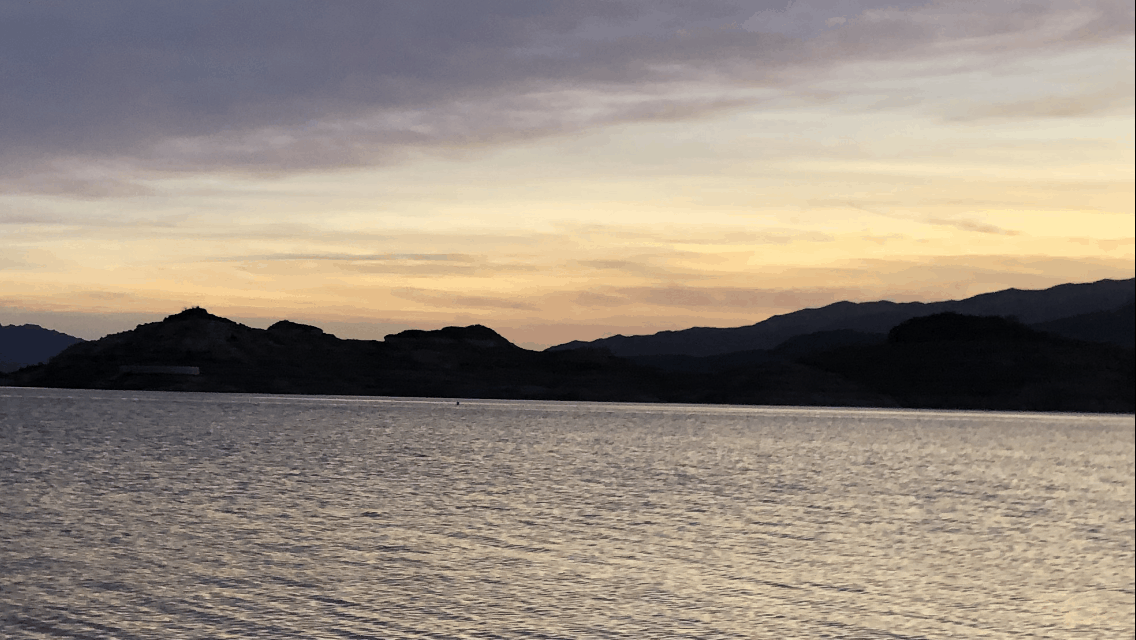 Can You Fish At Lake Las Vegas? (The Secret Way)

Las Vegas is located in the southern tip of the state of Nevada. It is a city known for its gambling, neon lights, and vacationing tourists visiting…